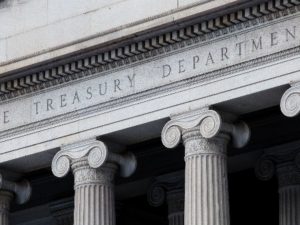 WASHINGTON — A month and a half after a deadline set by Congress, the Treasury Department on Friday announced their second distribution formula for the remaining 40 percent of the $ billion allocated for tribes in the CARES Act funds.

This is the second round of  distribution by the Treasury Department to tribes. The first round was distributed during the first week of May.

The allocation based on employment data will result from Treasury taking the following steps:

The allocation based will result from Treasury calculating the pro-rata payment for each tribal government, based on 2019 tribal total government expenditures.

Because there was so much objections raised by tribes in the first round of distribution over Treasury’s formula that used HUD Indian Housing Block Grant information, the Treasury Department is reserving $679 million from amounts that would otherwise be paid to tribal governments.

This represents an estimate of the difference in total payment amounts to Tribal governments if the Treasury Department had made population-based payments based on tribal enrollment data provided by the Bureau of Indian Affairs, rather than the Census-based HUD data. These funds will be used to resolve these issues that are pending in litigation in lawsuits brought by tribes.

The post The Treasury Department Releases Its Formula for Second Round Distribution of CARES Act Funds to Tribes appeared first on Native News Online.